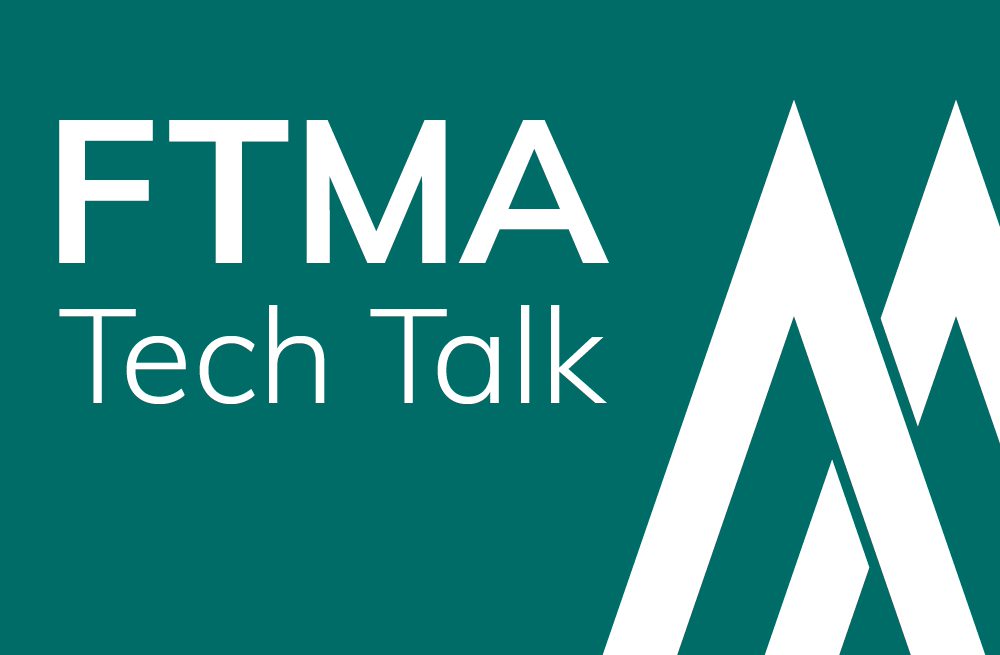 A truss is a very efficient structural member which consists of a group of ties and struts connected to form a structure that acts as a large span beam. The design of the truss is based on a basic principle of force triangulation in a plane resulting in the truss members undergoing axial forces, either tension or compression. The top chords of the trusses undergo compression, due to downward dead, live and service loads, whereas for the wind uplift load cases the bottom chord effectively undergo compression. Similarly, the webs undergo tension or compression depending on downward forces or wind uplift. 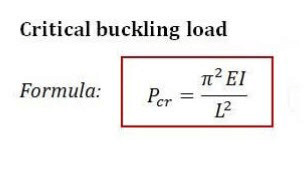 As we can see from Euler’s Buckling Formula, the critical buckling load (Pcr) is inversely proportional to the square of length between restraints, missing any restraints will have an exponential reduction in the buckling capacity of a structural member.

What if the battens are not correctly nailed to the trusses? What if more than two adjacent battens are spliced over same truss? What happens when the battens are not installed correctly? The simple answer is that the top chord would lack the lateral restraints it is actually designed with, resulting in top chord buckling, which then not only causes excessive deflection of trusses but also can lead to the ultimate failure of the truss. 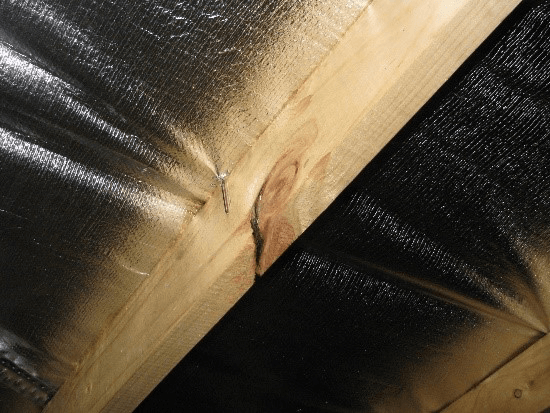 Another typical top chord buckling issue I have noticed over the years is the buckling of horizontal top chord of the truncated girder trusses. 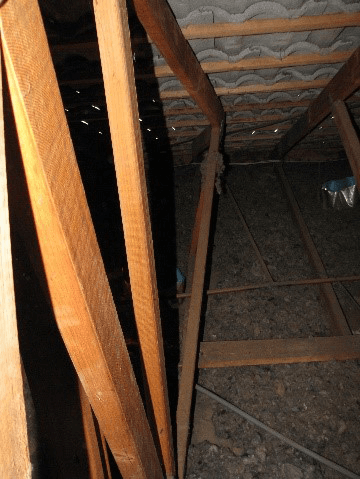 The truncated girder trusses are normally designed with top chord restraints from the incoming jack trusses. AS 4440-2004 specifies the use of framing anchors like Multi-grips/ Triple Grips with 4/f 2.8mm x 30mm reinforced head nails into the side of each top chord for truncated girder. However, this is not always the case onsite. I have come across several sites with one or two nails used to fix the incoming jack top chords to the horizontal top chord of the truncated girders. Eventually, since these nails are not structurally adequate, we often see the nails pulled off or withdrawn.  However, it may take some time for the horizontal top chord of the truncated girder to show signs of buckling, leading to the significant drop or even cracks in the ceiling. 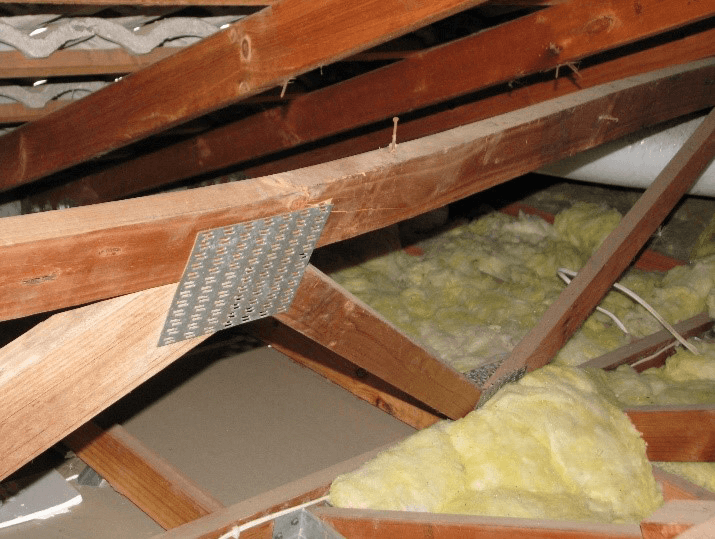 Similarly, the top hat/cap trusses horizontal top chords are normally designed with the default restraints like other standard trusses, which means they need braced ties to match the designed restraint centres. The same applies to the horizontal top chord section of the truncated standard trusses emphasising the need for properly fixing the incoming jack truss top chord extensions.

Trusses are often designed with web ties when the webs are significantly longer and have larger compressive force. Again, it is very important to brace these ties in order to make it effective. 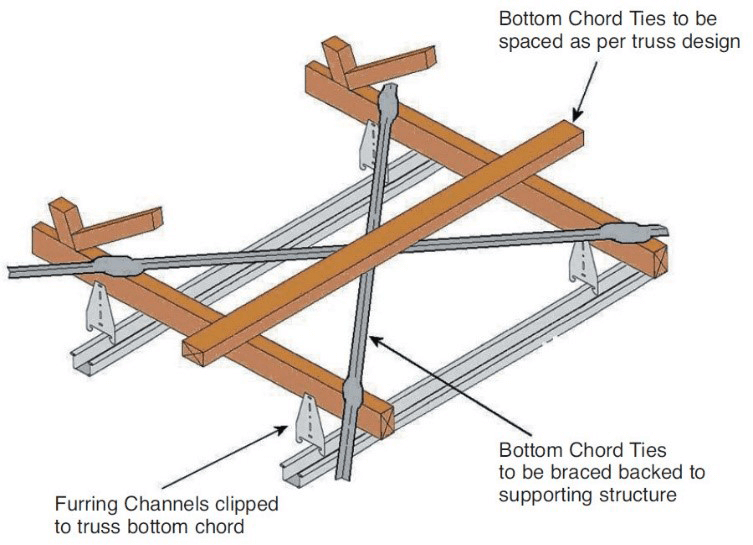 Ultimately, the lateral or raking forces, whether due to wind load on the structure or created in certain members as a result of resisting other types of loads, are required to be transmitted by roof and ceiling diaphragm actions to the supporting structure. It is also equally important to install temporary bracing, in accordance with AS4440-2004, to ensure stability during installation as well as tolerance criteria like plumb, bow and spacings are met.

Once the ceiling plasterboard is installed, the roof trusses sort of get hidden in the roof space and no one really bothers about it unless they notice any problems in the celling. It could be too late by the time any problem becomes visible as a result of incorrect truss installation. Sometimes it might not even be feasible to rectify it.

In summary, pre-fabricated timber roof trusses are an efficient system, designed and manufactured with a great level of engineering and detail, with specific design criteria, however its performance onsite highly depends upon whether those design criteria are satisfied during installation.